A new phase of social and political conflicts in Iraq, About yesterday’s demonstrations

Mass demonstrations began in the evening of Tuesday, October 1, 2019 in a number of cities in Iraq; Baghdad, Basra, Nasiriyah, Amarah, Diwaniya and Mosul. They are rising against the government and the ruling Islamic and nationalist currents, their corruption and looting of the country’s wealth and the imposition of hunger, unemployment and poverty on millions. The protesters chanted “Down with the regime”. There are still demonstrations and mass rallies in various areas of Baghdad.

Government forces have confronted the demonstrators with a brutality that is unprecedented in the past 16 years. The authorities responded to the demands of the protestors and, from the outset, fired live bullets, tear gas and water cannons.More than three demonstrators in Baghdad and one in Nasiriyah have been killed and dozens wounded in this brutal attack. It is reported that there are more victims in demonstrations and marches today following the bloody repression by government forces.

What has been happening is the explosion of a volcano, which has calmed down for the past few years, only to gather its strength from the depths of society to cause a bigger explosion. The confrontation of the masses of unemployed, impoverished, young men and women against those who are responsible for their misery, poverty and miserable lives, and their uprising against all the corrupt ruling bourgeois forces and political parties of Islamists, nationalists and neo-liberals, has created a new phase of the social and political conflict in Iraq.

These social groups have stamped the protests with their own stamp in terms of their immediate aims and have brought their forces to the squares and streets to bring about change and chanted the overthrow of the regime. They have declared to all that they are the main drivers of these protests, and that they are the key elements of any revolutionary change of the current situation in Iraq.

Unemployment, poverty, hunger and the daily hardships faced by the masses in the absence of public, health, educational and other services are a complete system reproduced in accordance with the mechanisms of the capitalist system and neo-liberal economic policies and maintained by these reactionary bourgeois Islamist and nationalist forces and their militias and their supporters from the Western imperialist countries and regional powers. .

The path of social progress, freedom, living in safety and the well-being of the majority of the masses is inextricably linked to the realization of socialism. These goals and demands cannot be achieved under the capitalist system, neo-liberal economic policy, and, of course, the reforms put forward by some bourgeois forces in the opposition and the government. The way out of, and the alternative to the status quo, is to end this capitalist economic and social system and neo-liberal policies and its guardians of Islamists, nationalists and liberals.

The essential task is to unite the struggle of the socialist class forces, the masses of the workers, the toilers and the poor, the forces of young people aspiring for progress and a better life, and the women’s liberation movement in a mass revolutionary movement to end the whole situation. The ongoing demonstrations are a cornerstone of this great social and class movement.

The current demonstration has created a class balance other than that which existed before yesterday, and that every day that passes through, this protest movement can resolve the issues of years of stagnation. Every step in the organization and armament with an independent class workers’ political vision and organize the political will of the protesting masses in the local councils and committees, can achieve the tasks of years and strongly push this movement to victory.

The Organisation of Communist Alternative in Iraq, while strongly condemning the crimes of the authorities’ forces against the demonstrators, is at the same time struggling side by side with the masses of the demonstrators and working to promote this great protest movement and continue and move forward to achieve its will within the frameworks of councils and committees and the achievement of its goals and demands and its victory.

It calls on the international and socialist working class to support this protest movement and condemn the repression of the government, the authorities and their militia forces

Long live the protests of the masses of workers, toilers and all freedom lovers.

Victory for this mass protest movement

Organisation of Communist Alternative in Iraq 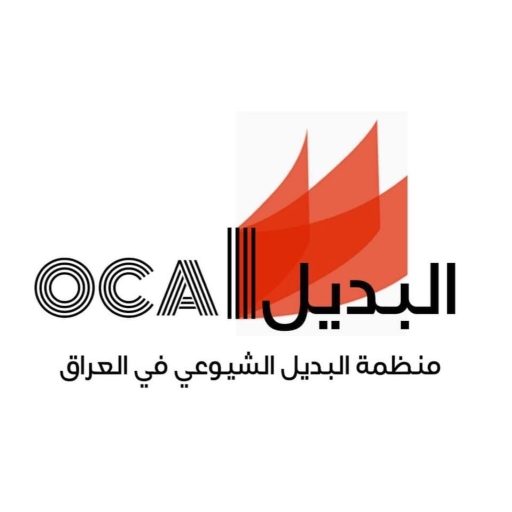